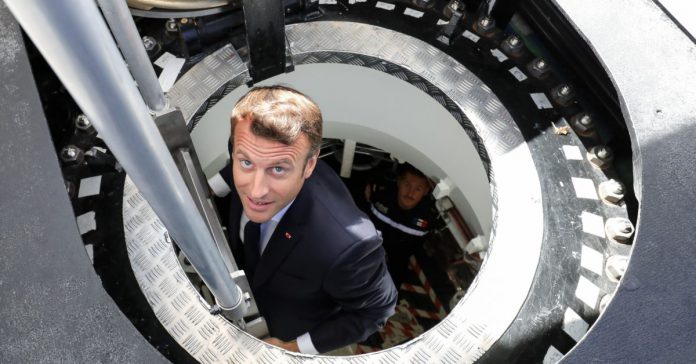 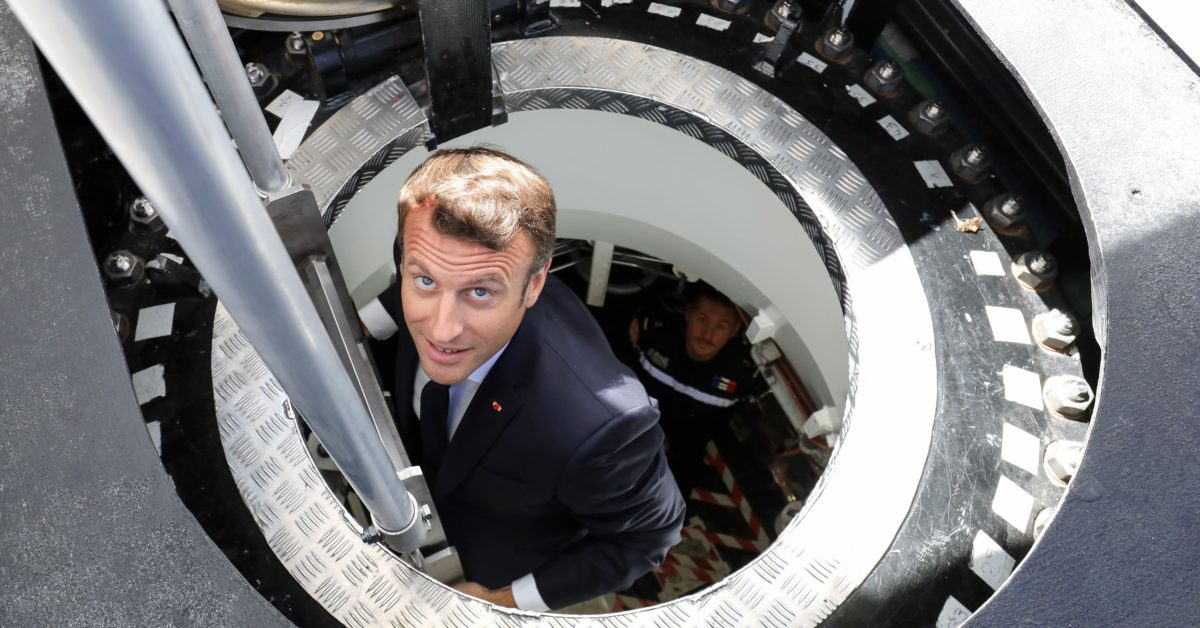 It was the worst possible day for the EU — and its defense heavyweight France — to learn that they’re not in the geostrategic big league when it comes to countering China’s rise in the Asia-Pacific region.

Only hours before EU foreign policy chief Josep Borrell was due to unveil Europe’s own woolly Indo-Pacific strategy on Thursday, he was outplayed in a hard-power move by America, Britain and Australia. The three countries announced a landmark pact that would allow cooperation on top military technology and allow Canberra to build nuclear-powered submarines.

It was doubly infuriating for the EU camp that Brexit Britain was the only European ally invited to the top table.

This Asia-Pacific power shift is an especially bitter blow to France, which now looks to set to lose out on a multibillion-dollar submarine supply deal with Australia. It’s the worst transatlantic blow-up since the Iraq war in 2003, and French Foreign Minister Jean-Yves Le Drian said: „It’s a stab in the back. We had established a trusting relationship with Australia, and this trust was betrayed.“

Unsurprisingly, France immediately doubled down on calls for Europe to forge a course of „strategic autonomy“ with less reliance on U.S. technology and the American military.

The promise of trilateral U.S.-U.K-Australia cooperation on anti-China technologies such as artificial intelligence will also sting in Brussels. Later this month, the EU and U.S. are due to meet for talks in Pittsburgh on precisely that theme — aligning technological standards.

The chief problem is that America has shown increasing signs of frustration with the EU’s softer approach to China. Regardless of incoming U.S. President Joe Biden’s wariness, German Chancellor Angela Merkel and French President Emmanuel Macron raced to finalize a landmark investment agreement with China at the end of last year. While American diplomats want the Pittsburgh talks to focus on forging tech ecosystems that box out China, European officials are at pains to play down any anti-Beijing dimensions of tech cooperation.

Yet France will almost certainly be the immediate diplomatic flashpoint. Paris is questioning the new three-way alliance (AUKUS) in relation to the contractual rights of its own diesel-electric submarine deal. „This is not over,“ Le Drian said. „We’re going to need clarifications. We have contracts.“

In a joint statement with his defense counterpart, Florence Parly, Le Drian directed his ire directly at Washington.

„The American decision, which leads to the exclusion of a European ally and partner like France from a crucial partnership with Australia at a time when we are facing unprecedented challenges in the Indo-Pacific region, be it over our values or respect for a multilateralism based on the rule of law, signals a lack of consistency which France can only notice and regret,“ the two ministers said.

Is France an Indo-Pacific player?

For France, which was the first EU country to adopt an Indo-Pacific strategy in 2018 and went on to persuade Germany, and the whole of EU, to follow suit, the latest developments could well lead to a rethink about its strategic positioning.

„It’s a big blow to Macron and France’s position of itself as a major Indo-Pacific partner,“ said Hervé Lemahieu, director of research at Lowy Institute, a Sydney-based think tank.

Benjamin Haddad, who leads the Atlantic Council think tank’s Europe Center, said: „It’s stunning honestly, and [there] will be an earthquake in Paris. … [It] will leave long-term damage on the French defense and political establishment — more than a ’normal‘ diplomatic spat.“

An EU-based diplomat, however, said that the European fallout would be mostly confined to France, and the EU’s Indo-Pacific strategy reached well beyond the military dimensions. „Germany, for instance, has been trying to talk about trade diversification [away from China] under the Indo-Pacific strategy,“ he said.

In fact, in a sign of continued regional goodwill, Germany on Thursday announced a new stop in Darwin in northern Australia for its Bayern frigate that is now on course to the South China Sea.

„It’s a reality check on the geopolitical ambitions of the EU,“ another diplomat said. While on the one hand there’s a bad optic that the EU and its member countries „somehow don’t manage to be seen as a credible security partner“ for the U.S. and Australia, „we shouldn’t make too much of the Indo-Pacific strategy: The EU is not a Pacific player.“

While France recalibrates its relations with Australia, Japan offers a useful diplomatic lesson. Even though it was rejected for a defense contract with the Australians — and the deal ultimately went to the French — Tokyo successfully maintained solid ties with Canberra to face the common Chinese rival in the region.

„Japan and Australia have bridged those periods of tension and mistrust,“ said Lemahieu. He added that India, with which France also has a good relationship on security, could play a constructive role in ensuring that the EU is not entirely frozen out.

Borrell also insisted on Thursday that there was no question of Europe being excluded as a regional player. „The EU is already the top investor, the leading development cooperation provider and one of the biggest trading partners in the Indo-Pacific region,“ he said.

It’s hardly as if Biden weren’t already trying to put out fires in Europe given the precipitous and chaotic U.S. withdrawal from Afghanistan.

The U.S. president’s foreign policy team has been in overdrive to contain the fallout from the departure, which has dented America’s reputation worldwide but especially among European allies who dutifully backed the pullout decision.

Back in Brussels, the show must go on.

Confronted by a barrage of questions about the new Indo-Pacific alliance — which technically has nothing to do with the EU — Borrell didn’t hide his „regret“ about the American move.

He cautioned against „dramatized“ sentiments and vowed full support for the EU’s cooperation with „the Quad“ — the anti-China security alliance of the U.S., Australia, Japan and India.

And he implored his audience: „Don’t put into question our relationship with the United States that has been improving a lot with the new administration.“

For now, however, it’s a plea that has yet to land in Paris.