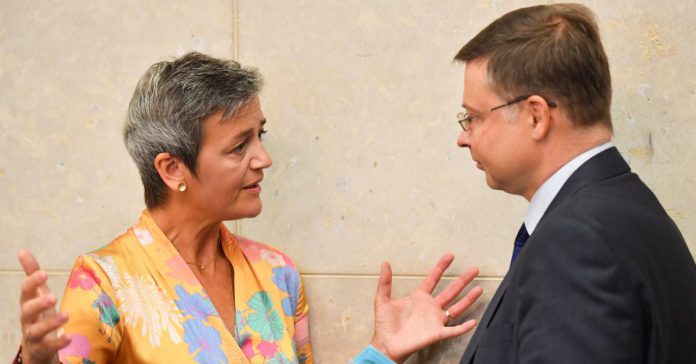 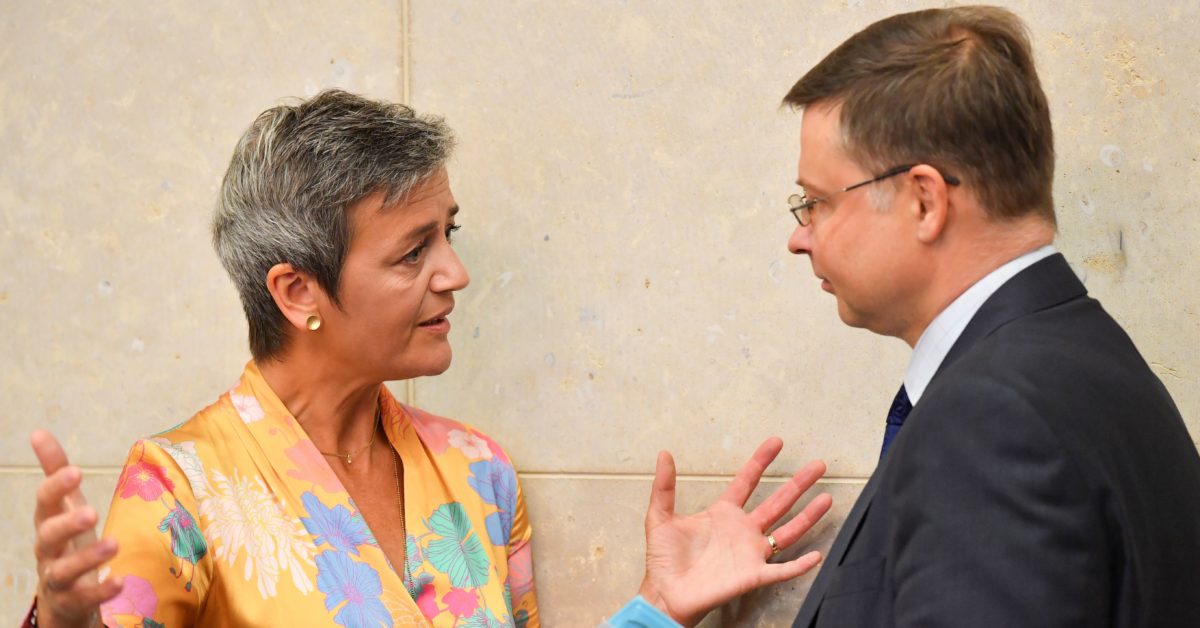 Europe’s attempt to hold talks with the U.S. on Wednesday in Pittsburgh to discuss aligning tech standards ran into an unexpected last-minute hitch today after ambassadors from France and other countries raised objections to the latest statement on the meeting’s goals.

Over the past days, French anger at the U.S. swooping in to boot it out of a submarine deal with Australia triggered fears that the inaugural meeting of the Trade and Tech Council could even be canceled. On Thursday evening, however, EU commissioners Valdis Dombrovskis and Margrethe Vestager announced that the new diplomatic format would still be going ahead.

Embarrassingly, though, a meeting of ambassadors from EU countries today failed to reach consensus on a statement about what the objectives of the working groups in Pittsburgh should be, raising doubts about how much can be achieved without all-out support from the 27 EU member countries.

According to notes seen by POLITICO and confirmed by another EU diplomat, France said the paragraph on the timing of the next meeting remained too general and that it didn’t agree on some elements regarding microchips. Paris also asked for stronger language on the World Trade Organization.

Other delegations also raised concerns with the statement as it stands. Ireland said the statement was getting weaker in each version, something diplomats from other EU countries had raised as a worry leading up to the meeting.

According to notes of the ambassadors‘ meeting, the Slovenian Presidency of the Council of the EU concluded there was no agreement on the statement and that the Commission would go back to the U.S. to produce a new text.