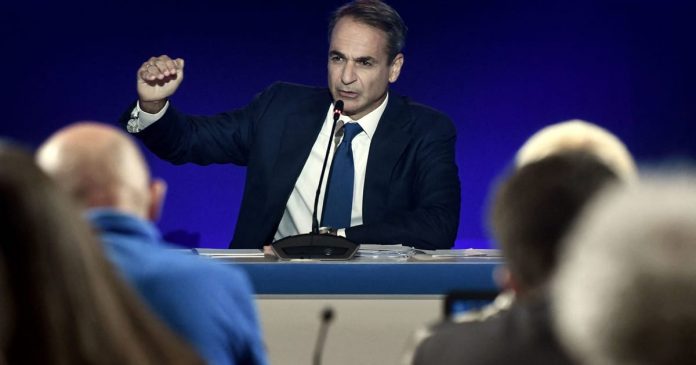 High-ranking European Parliament members clashed on Twitter late on Monday after a Greek left-wing lawmaker posted a draft program of the chamber’s inquiry committee’s visit to Greece later this year.

The European Parliament launched a committee to investigate the use of Pegasus and similar spyware in Europe (PEGA). The group of lawmakers is planning to visit Greece in early November, where a scandal over the use of spyware against opposition figures and journalists has shaken up national politics.

“Great news,” left-wing MEP Dimitrios Papadimoulis of the Greek Syriza party tweeted Monday evening about the upcoming visit to Greece. He added a screenshot of a draft program showing the European Parliament plans to request a meeting with Greek Prime Minister Kyriakos Mitsotakis and the two government officials that lost their jobs over the scandal earlier.

But Papadimoulis, a vice president of the European Parliament involved in the early decision-making on the program, angered the chair of the PEGA committee, Dutch center-right lawmaker Jeroen Lenaers.

“This is only a very very first draft agenda, for internal administrative use only, that has not been shared even with the political groups, let alone with potential interlocutors,” Lenaers said on Twitter. “It’s disgraceful that a vice president of the European Parliament would share such an internal draft document for domestic political purposes,” he added.

“We have not even approached potential representatives of the Greek government to meet us during our mission. Now this has been leaked, we will reevaluate how to proceed with this mission,“ Lenaers said.

Papadimoulis responded the program „was prepared by you [Lenaers] and the PEGA coordinators! You sent it to the EP bureau for approval of the mission.“

But Lenaers rebutted, arguing the committee hadn’t signed off on the program. „If you are truly committed to truth and light, I have no doubt you will delete your tweet and apologize without delay,“ the Dutch lawmaker said.

Greece is one of four countries, together with Poland, Hungary and Spain, where reports on the use of hacking software against political opposition figures, members of civil society and journalists have sparked political crises and investigations — in a series of scandals resembling the Watergate political espionage incident that rocked U.S. politics in the 1970s.

The spat shows the sensitivities around the EU’s investigations into spyware in Europe. Brussels is struggling to intervene in scandals in Poland, Hungary, Spain and most recently Greece because governments claim the use of hacking tools by government authorities is a matter of national security.

In July, the PEGA inquiry committee bumped Spain off the its draft itinerary for fear of embarrassing Spanish politicians — including a former Spanish interior minister who sits on the Pegasus inquiry committee — three European Parliament members involved in the planning then told POLITICO.

The draft agenda for the visit to Greece in November also included a potential meeting with officials from the Greek police and spyware industry executives Ioannis Lavranos, who owns security technology provider Krikel, and Felix Bitzios, deputy chief executive of spyware group Intellexa, as well as meetings with victims and journalists that have reported on the issue.

Many of the officials the EU lawmakers would like to meet in Greece had previously been requested by the country’s opposition parties to testify during a special national parliamentary inquiry. But they were all (apart from Kontoleon) rejected by the ruling New Democracy party, prompting opposition parties to accuse the government of a cover-up.