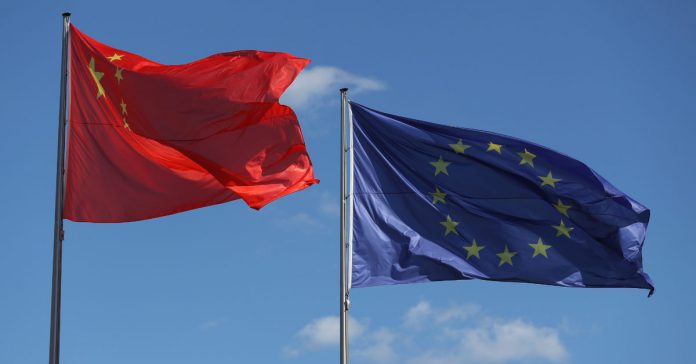 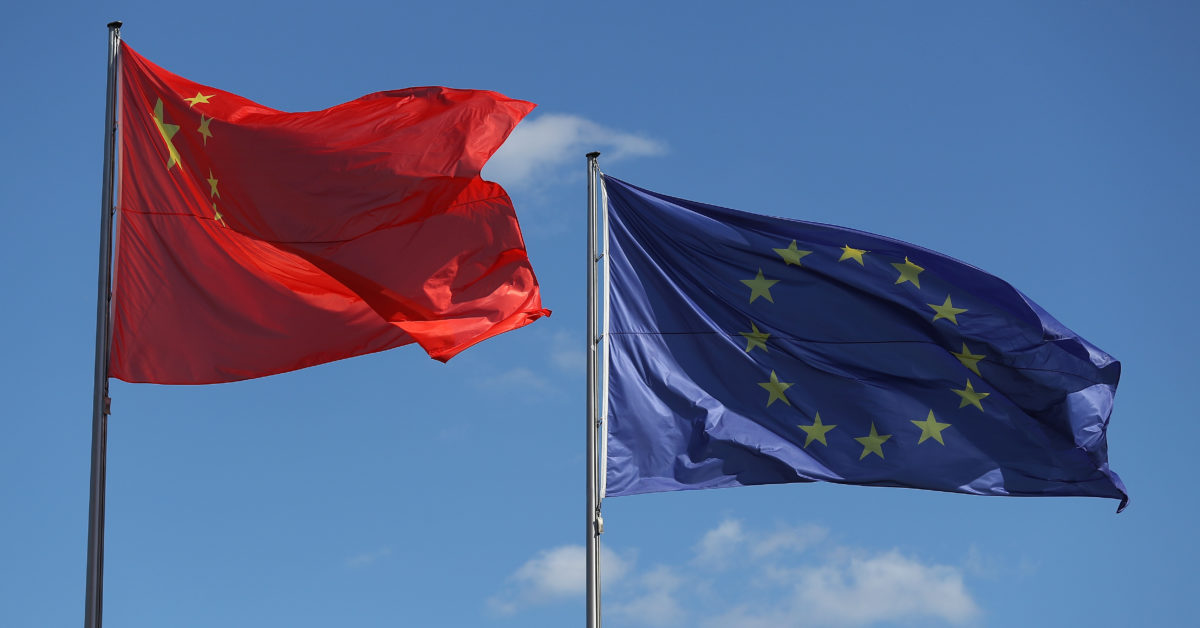 More than 3,000 days after President Xi Jinping came up with a plan in 2013 to invest massively in critical infrastructure like railways and harbors that connect China to the rest of the world, EU officials have finally come up with an alternative scheme.

European Commission President Ursula von der Leyen will on Wednesday unveil the European counterblast to Xi’s Belt and Road Initiative (BRI) and explain how the EU will attempt to exert influence along the 21st century version of the Silk Road.

The big idea behind Europe’s Global Gateway strategy is to mobilize up to €300 billion in public and private funds by 2027 to finance EU infrastructure projects abroad. That means building next-generation infrastructure such as fiber optic cables, 5G networks and green energy plants in the developing world, while also trying to compete with China on transport facilities, such as highways and airports.

It’s a long-shot as far as games of catch-up go.

Even if private investors join in, the EU’s spending plan languishes way beneath what it is estimated China is coughing up, and Beijing has bought its way to influence with first-mover advantage in countries from Greece to Sri Lanka. The EU boasts its main selling point is more transparency and higher environmental standards than China, although that doesn’t always go down well in many of the potential partners, which prefer opaque Chinese deals.

The Commission’s plan, a draft of which was seen by POLITICO’s Brussels Playbook, will not include a list of projects to be undertaken immediately, sparking criticism from some officials from the EU and member countries, who are calling for a more concretely defined response to China’s initiative of more than 13,000 projects across 165 countries.

„It’s nothing more than a letter of intent, a political statement,“ said one EU official. „It sends a strong message to China by emphasizing democracy and values, but more needs to be done to actually implement them.“

Investments in infrastructure, or connectivity, have become a key battlefield for geopolitical influence, as China has expanded its strategic reach into parts of Africa, Asia, Latin America — and Europe. Critics, however, say Beijing has created debt dependency in nations ranging from Pakistan to Montenegro, with many projects also falling short in terms of sustainability. Intelligence experts, such as British MI6 chief Richard Moore, are warning that Belt and Road also creates „data traps“ by collecting critical data from societies around the world.

The EU’s latest action is part of a wider international pushback. U.S. President Joe Biden and other leaders from the G7 group of leading economies this year committed to another vision for big infrastructure projects called Build Back Better World.

Von der Leyen’s plan involves €135 billion worth of investments under an existing sustainable development fund, as well as up to €18 billion in grants under other EU external assistance programs. She will also announce €145 billion of „planned investment volumes” by other European development finance institutions.

Taking a dig at Beijing, the EU’s draft plan says: „Without proper transparency, good governance and high standards projects can be badly chosen or designed, left incomplete or be used to fuel corruption.“

EU values in the value chain

Europe’s new strategic vision is still dwarfed by Chinese spending. Beijing’s overall expenses for the BRI could extend to $1.2 trillion-$1.3 trillion by 2027, according to Morgan Stanley, even though there have been recent suggestions that the Chinese scheme could be losing momentum owing to fears about corruption and overpricing.

For the EU, the crux of the matter is whether politicians can persuade private businesses to join in and invest strategically in as effective a manner as Chinese officials have done, backed with the largesse and power of a state-run model.

Beijing’s success with BRI lies partly in the fact that the state-owned commercial banks are part of the game, enabling companies to undertake even politically or commercially risky investments.

Reinhard Bütikofer, the leading EU lawmaker on Chinese affairs, said the EU would need to engage the business community. „Unlike China, we are not ordering businesses; we are partnering with them,“ he said. „By the end of next year, projects in different regions of the world should well be underway.“

The EU is going to stress the need for partner countries to abide by rules such as good governance and transparency — the same requirements that drove many of these developing countries to China’s no-strings-attached investments in the first place.

Some are hopeful of a different result this time, as the Belt and Road’s debt-trap model is now better understood. „Instead of making countries an offer they can’t refuse, the EU will make them an offer they won’t want to refuse. That is the biggest difference between Global Gateway and the Belt and Road,“ said Bernd Lange, chair of the European Parliament’s international trade committee.

Insisting Europe’s €300 billion pledge was not to be sniffed at, Jonathan Hillman, a fellow at the Center for Strategic and International Studies and author of two books on the Belt and Road Initiative, said the EU spending could be „comparable“ to Beijing’s financial commitment. He added that the EU plan could be attractive for ecological reasons.

In the meantime, business lobbies insist the EU plan shouldn’t mean pushing China away. Responding to the draft strategy of Global Gateway, the BusinessEurope lobby group said the EU should continue to „cooperate with China to determine priority corridors to prevent possible bottlenecks and transport constraints.“

„The political EU-China context is not the best at the moment, but we must keep the dialogue and cooperation in areas where it makes sense from an economic but also geopolitical point of view,“ said Luisa Santos, the group’s deputy director general.

You don’t need to travel too far to find supporters of China’s investment initiative. In fact, there are some diehard fans within the EU.

Greece’s Piraeus port, one of the busiest container terminals in the Mediterranean, has China’s state-owned COSCO as its major shareholder, and is constantly hailed by Beijing as the poster child of Belt and Road.

In a call with Cypriot President Nicos Anastasiades on Tuesday, China’s Xi said: „Economically, [China and Cyprus] have had effective cooperation in energy and telecommunications, and are partners in Belt and Road.“ The country has partnered with Beijing for a €290 million contract to build a liquefied natural gas terminal project.

Meanwhile, the EU’s Global Gateway initiative also contains a reference to “space-based secure communication systems,” an embryonic scheme promoted by Internal Market Commissioner Thierry Breton that would see the EU back a telecoms satellite constellation to rival SpaceX’s Starlink and the U.K.’s OneWeb.

The idea is that such a network could be used to cut out internet blackspots across Europe while doing the same for parts of Africa, Breton has previously explained.

The satellite scheme is popular with France’s hulking aerospace giants, but some countries — including Germany — are skeptical about the plan.

“There’s a strategy missing,” said Thomas Jarzombek, a German lawmaker who runs space policy for the current outgoing government in Berlin. “Do we want to go to the commercial markets and be cost effective, or do we need a communication tool for governments which is maximum secure?

“You cannot achieve everything, you have to make a decision,” said Jarzombek.

Such criticism, and the absence of allocated funding to push that satellite project forward, makes it unlikely that a big Brussels space scheme will take off anytime soon.

Leaving aside such headaches about divided loyalties and unclear priorities, German Ambassador to the EU Michael Clauß insisted that Europe had to make the investments to hold its own on the international stage.

“Global Gateway has the potential to turn the EU into a more effective geopolitical player,“ Clauß said. „For many partner countries, the offer of a rules — and values — based cooperation … will be an attractive alternative to the Chinese Belt and Road Initiative.“