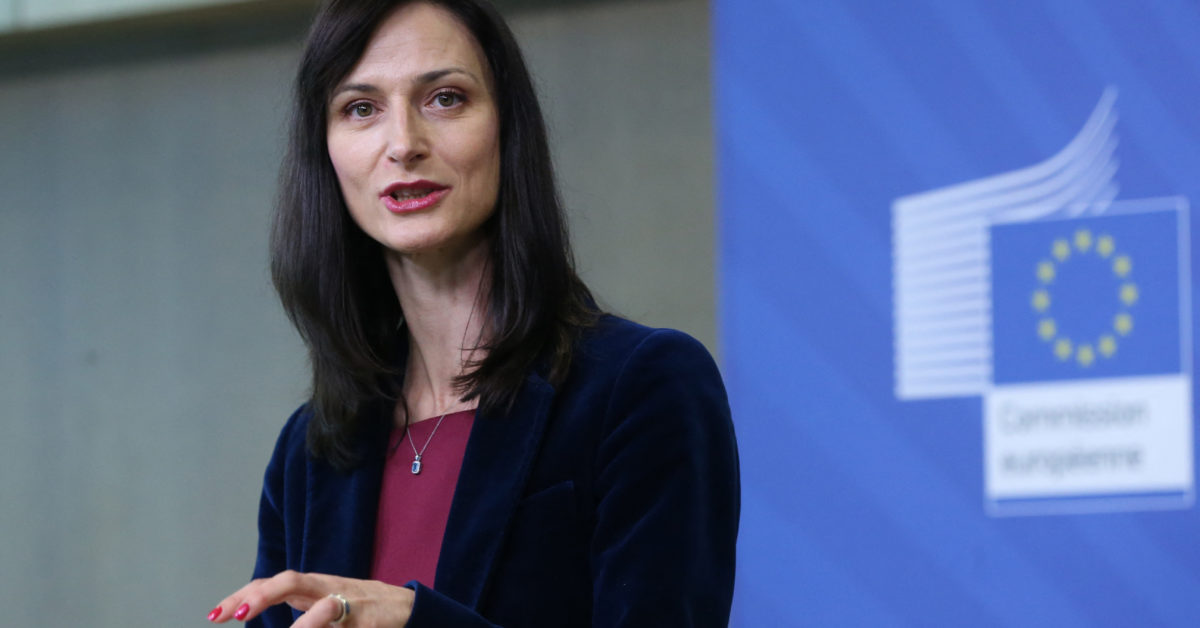 Get a life, Europe.

That’s the tough-love message from a top EU official who argues that instead of trying to copy Silicon Valley, the bloc needs to strike out on its own and learn to promote local strengths.

The battle over consumer tech businesses „is lost,“ European Commissioner for Innovation Mariya Gabriel told POLITICO. „We don’t have to lose time because we won’t create a European Google or Facebook. Let’s be very realistic about that.“

Her message comes amid a strong run for European tech. French President Emmanuel Macron says the bloc can produce 10 companies worth €100 billion by 2030. Tech investment is set to hit a record in 2021. And the number of unicorns — startups valued at more than $1 billion — is getting bigger every year.

Meanwhile. thousands of tech aficionados are crowding the aisles at the VivaTech conference in Paris, while the EU has lined up billions of euros for fundamental research and companies that need to build scale.

Yet even now, the Silicon Valley complex — and its legacy — overshadows many of Europe’s successes.

Last week, POLITICO reported that French state-backed search engine Qwant, which was born out of an effort to create a European Google, was seeking €8 million from Chinese telecom giant Huawei to stay afloat.

On the opening day of VivaTech it was Tim Cook, CEO of Apple, who made the headlines, not any of Europe’s numerous startup bosses.

In order to make Europe a tech power on the world stage, startups need to focus on products and services that can bolster existing companies, while making Europe the most sustainable economy on the planet, said Gabriel.

„We have our strengths. We are the leader of the world on green technology. We need to invest strategically, in sectors where we can make a difference,“ she added.

„The [share of] venture capital at global level invested in European startups is only 8 percent,“ Gabriel said. „But in climate tech startups it’s 16 percent, and in energy it’s 48 percent.“

The EU is scrambling to make sure that private money is backed up with public funds.

The bloc’s innovation fund, the European Institute for Innovation and Technology (EIT), pledged on Monday €3 billion in funding for the next six years, while on Wednesday the Commission detailed how it plans to spend €14.7 billion over this year and the next.

Green tech is a top priority.

The first three programs the EIT launched in 2010 were focused on climate, energy and digital — programs like Swedish battery manufacturer Northvolt, whose products are set to power the electric cars of BMW, Volkswagen and Scania.

The same goes for Horizon Europe: Four out of 10 euros the EU will hand out this and next year will go toward climate-related technologies such as clean energy, clean mobility and the circular economy.

Another focus is critical infrastructure.

„It’s important that we stay very focused on some strategic areas like semiconductors and the alliance on batteries,“ said Gabriel.

A bigger challenge is striking out an original path on artificial intelligence and blockchain, areas where Silicon Valley already has a marked advantage.

The European Investment Bank (EIB) put out a report on June 1 that Europe is facing an annual investment gap of €10 billion which is holding the bloc back to develop and deploy both technologies.

Gabriel says merely that the EU should „continue its work on AI, especially now the EU develops an own approach to artificial intelligence,“ known as the AI Act — which has come in for withering criticism from ex-Google boss Eric Schmidt.

That raises the question of whether Europe is spending too much energy on tech regulation and not enough on supporting fledgling companies.

Stripe, which has dual headquarters in San Francisco and Dublin, is valued at $95 billion.

As Europe waits to hear from Facebook CEO Mark Zuckerberg at Vivatech, Gabriel had an answer to Macron’s goal of fostering 10 mega tech companies by 2030.

„Why not more?“ she quipped.