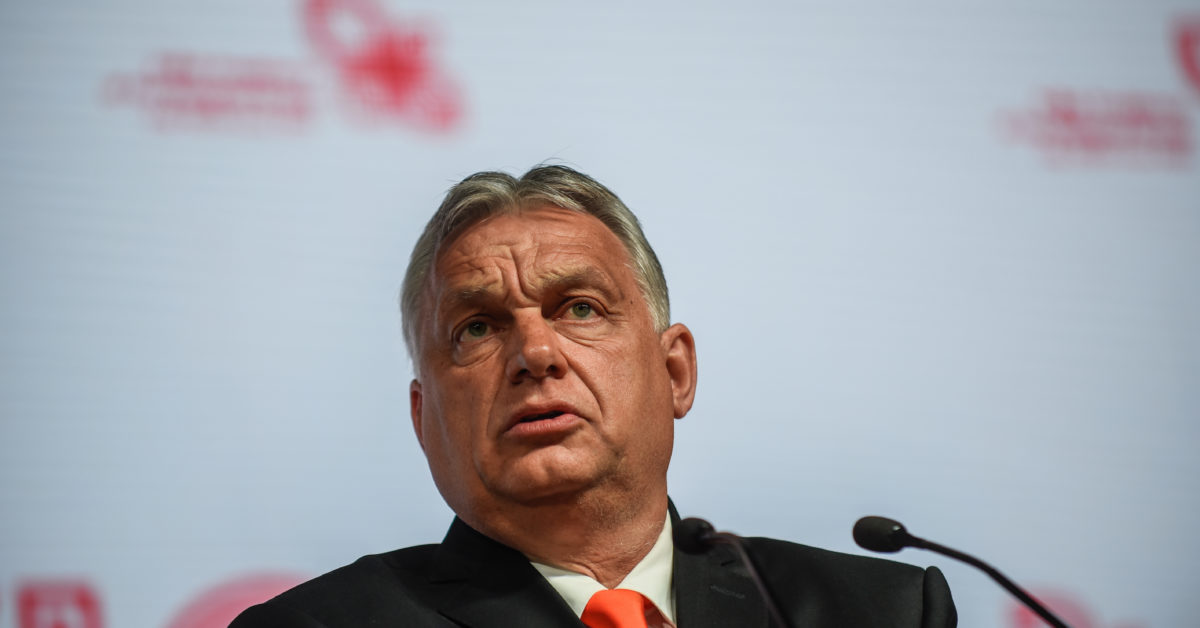 BUDAPEST — There are some things you don’t discuss on the phone.

That maxim is one of the legacies of communist rule that has endured in present-day Hungary. And with good reason, judging by reports that spyware has been used to target the mobile phones of critics of the current Hungarian government.

While the revelations from a consortium of news outlets and NGOs prompted international outrage and alarm that an EU member would engage in such actions, they did not come as a surprise to critics of Prime Minister Viktor Orbán.

In recent years, they have described an uptick in intrusive and underhand tactics used against them, from secret recordings through suspicions of surveillance to attempted entrapment.

“I think that today in Hungary, nobody is surprised by this kind of scandal,” said Bálint Magyar, a sociologist and former liberal minister of education.

The investigation by the news outlets and NGOs found that the Pegasus spyware sold by Israeli firm NSO Group was used to infect the mobile phones of prominent Hungarian investigative journalists, among others. Leaked data shows potential hacking targets included lawyers, businesspeople and a mayor, the investigation found.

Adrien Beauduin, a Belgian-Canadian Ph.D. student who was arrested at a 2018 anti-government protest in Budapest, was unsuccessfully targeted using Pegasus, according to a forensic analysis conducted as part of the investigation.

Beauduin told POLITICO that he recalls being followed by police in the streets of Budapest and “wasn’t surprised at all” by the outcome of the analysis „because of what we know about the Orbán regime.“

Some Hungarians involved in public life say they have come to accept in recent years that they are under scrutiny — potentially in illegal ways.

One employee of a Hungarian organization said that an official warned him his activities are being tracked. This person described an atmosphere in Budapest where most people around him accept that they might be wiretapped.

“Some stuff you only talk about on Signal or Whatsapp,” the person said. “There are things you don’t talk about on the phone — only in person, with phones left at home.”

The Hungarian government did not respond to a request for comment from POLITICO. But in a written response to an opposition MP, veteran Interior Minister Sándor Pintér said that the security services have not carried out any illegal surveillance since the current government came to power in 2010.

Justice Minister Judit Varga did not confirm that Hungary purchased Pegasus software, but told newspaper Népszava that countries need advanced technologies. „We live in a world where incredibly many threats lurk for modern states. Let’s not be ridiculous, every country needs such tools!“ she said.

János Halász, an MP from the ruling Fidesz party who is a member of the Hungarian parliament’s National Security Committee, said in a statement that news appearing in the “left-wing media” is “unfounded.”

While the story was front-page news in many countries, Hungarian state media largely ignored it at first, before beginning to publish some reactions from government officials.

In a statement, the NSO group attacked Forbidden Stories, the nonprofit organization that coordinated the Pegasus investigation. It said the organization’s report „is full of wrong assumptions and uncorroborated theories that raise serious doubts about the reliability and interests of the sources.“

Concerns about the targeting of critical voices in Hungary came to the fore ahead of the country’s 2018 parliamentary election, when NGOs and individuals connected to American-Hungarian businessman George Soros — a fierce critic of Orbán — were contacted by agents using false identities who secretly recorded them.

The recordings were then leaked to the media and used by Orbán in the days leading up to the election.

Ahead of 2019 municipal elections, a recording of now-Budapest Mayor Gergely Karácsony speaking during an internal meeting at the Hungarian parliament’s office building leaked, leading the politician to publicly complain that “secret service methods” were being used against him.

Some critics say that the latest revelations show the country has taken a step further outside the bounds of democratic norms.

“The illegal surveillance of journalists and critics is a new milestone in Hungary’s swiftly deteriorating democratic breakdown,” said Hungarian MEP Katalin Cseh, who serves as vice president of the liberal Renew Europe group.

“It invokes the darkest totalitarian regimes,” she said. “We will do everything in our power, both on the Hungarian and European levels, to uncover the truth about these grave allegations, and to ensure there are consequences.”

However, despite the international outcry, there was no sign the European Commission was preparing to take any action, beyond expressing some cautious words of concern.

“This has to be verified — but if it is the case, it is completely unacceptable,” Commission President Ursula von der Leyen said on Monday.

At the Commission’s daily press briefing, a spokesperson placed responsibility on Hungary’s own authorities for investigating what happened.

“Member states’ authorities are under obligation to oversee and control their services,” the spokesperson said, adding that the enforcement of privacy rights is a matter for independent data protection authorities. “We will for sure continue to follow this issue,” he said, adding that the Commission will look into the issues and see if more follow-up is possible.

But Hungarian experts say the country has insufficient checks on surveillance powers.

“The problem is the lack of precisely worded regulation,” said Stefánia Kapronczay, executive director of the Hungarian Civil Liberties Union.

“The authorization of surveillance is not carried out by an independent authority but a political body, the minister of justice,” Kapronczay said, adding: “There is no legal remedy.”