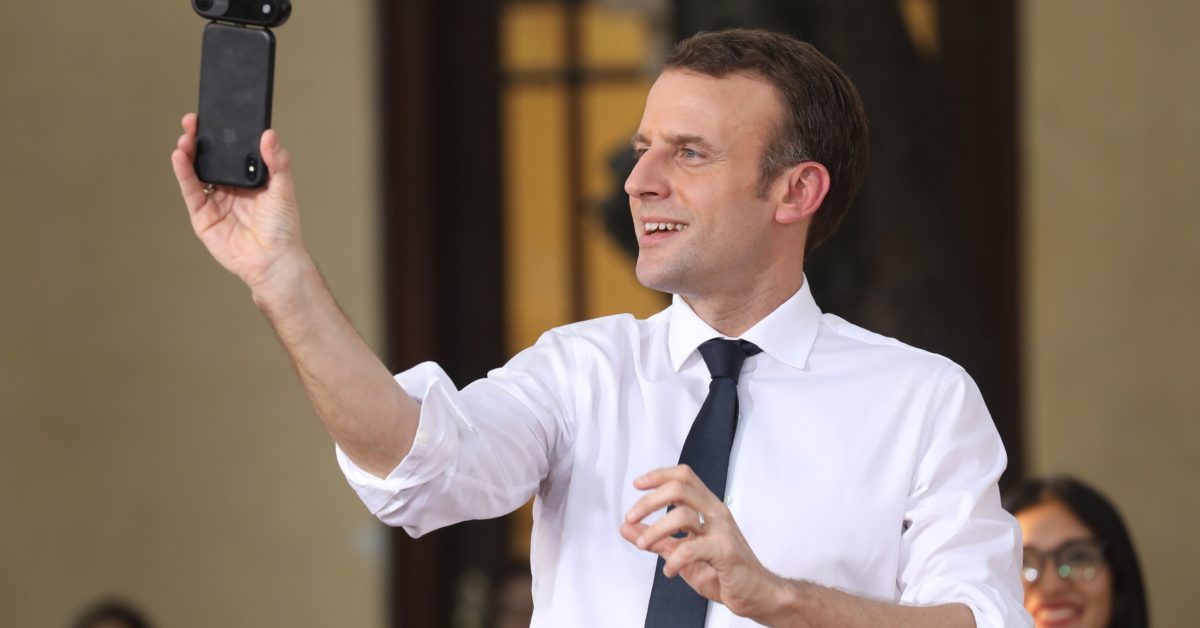 PARIS — France could soon force smartphone and computer manufacturers such as Apple, Samsung and Huawei to give parents the option to restrict their kids‘ internet access.

A piece of legislation pitched by MPs earlier this month received Thursday the support of a powerful backer: French President Emmanuel Macron.

„Faced with the dangers of technology, we will change the law so that parental controls are installed by default on all smartphones, computers and tablets used by our children,“ Macron tweeted.

Child safety online is becoming a hot-button issue in Europe, encompassing key digital angles such as privacy protection, the fight against cyberbullying, the proliferation of child sexual abuse material, age verification on adult websites and social networks, and mental well-being.

The U.K. introduced in September the Children’s internet code, which requires Facebook, TikTok and Twitch to improve privacy protections for children and stop targeting them with ads and tracking their location. This week, the U.K. data protection authority announced a probe into tech companies including Google and Apple for „endangering children“ and breaching the Children’s code.

In France, Emmanuel Macron and First Lady Brigitte Macron have made child safety online a top priority. Back in 2019, the French president supported automatic parental control for internet access providers.

During last week’s Paris Peace Forum, Macron launched an international initiative on the protection of children’s rights online, supported by countries such as Italy, Bulgaria and Estonia and backed by tech giants including Google, Facebook, Twitter, Amazon and Microsoft.

And on Thursday, on the French national day against school bullying, the president announced that a new app will be launched in February for victims and witnesses to send screenshots of cyberbullying — one day after Education Minister Jean-Michel Blanquer gathered platforms such as Google, Facebook and Twitter to discuss age verification and harassment online.

As France’s 2022 presidential election draws closer, there was initial uncertainty over whether the text would see the light of day before the National Assembly stops its legislative work at the end of February. Support from Macron himself will likely accelerate the process, as the parliament’s agenda is mainly determined by the government.

Children as young as seven years old are too often confronted by harmful and violent content online, and the current parental control systems are often too complicated to put in place, Studer wrote in the text’s preamble.

The legislation will require manufacturers of products such as laptops, tablets, smartphones and gaming consoles to pre-install a parental control system and ask users whether they want to activate it when the device is first turned on. The text also seeks to harmonize parental control systems already offered by internet service providers. The National Frequency Agency will be in charge of enforcing the new rules.

While devices such as Apple’s iPhone already provide parental control options, they could be forced to change their parameters after the government decides on the exact requirements.

‚The minimum functionalities and technical characteristics to which the device […] must conform, shall be laid down by [government] decree,“ reads the text.

The text will likely need to be flagged to the European Commission for Brussels to assess its compliance with internal market rules.