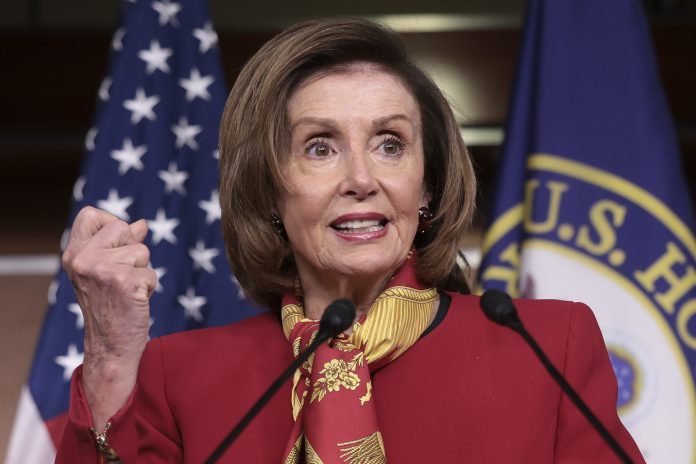 Speaking to host George Stephanopoulos on ABC’s „This Week,“ Pelosi said she saw reasons to believe that Democrats, who hold slender margins in both the House and the Senate, could exceed expectations for the November midterms. Though there have been exceptions, the president’s party has almost always lost seats in midterms.

Pelosi theorized that one reason the presidential party has done so poorly historically is they tend to do very well in presidential election years. Democrats suffered massive losses in both 2010 and 2014, giving back some of the seats they had won in preceding years. But Democrats actually lost 12 seats in the House in 2020 as Joe Biden defeated President Donald Trump.

„We didn’t gain seats when President Biden won,“ she said. „We worked together to win the Senate, win the House, and win the White House. It was cumulative but it wasn’t an increase. One of the reasons that, in part, the president’s party loses seats in the off years [is] because they gain so many in the on years. We won 40 seats in ’18, 31 in Trump districts. In the year with Trump on the ballot, we lost a third of those Trump seats.“

Pelosi also said redistricting has not hit the party as hard as it was expected to.

Either way, she said she was not inclined to worry.

Progressive Rep. Delia Ramirez set to give State of the Union response

Meet the border-district Republican at the immigration fight’s ‚epicenter‘