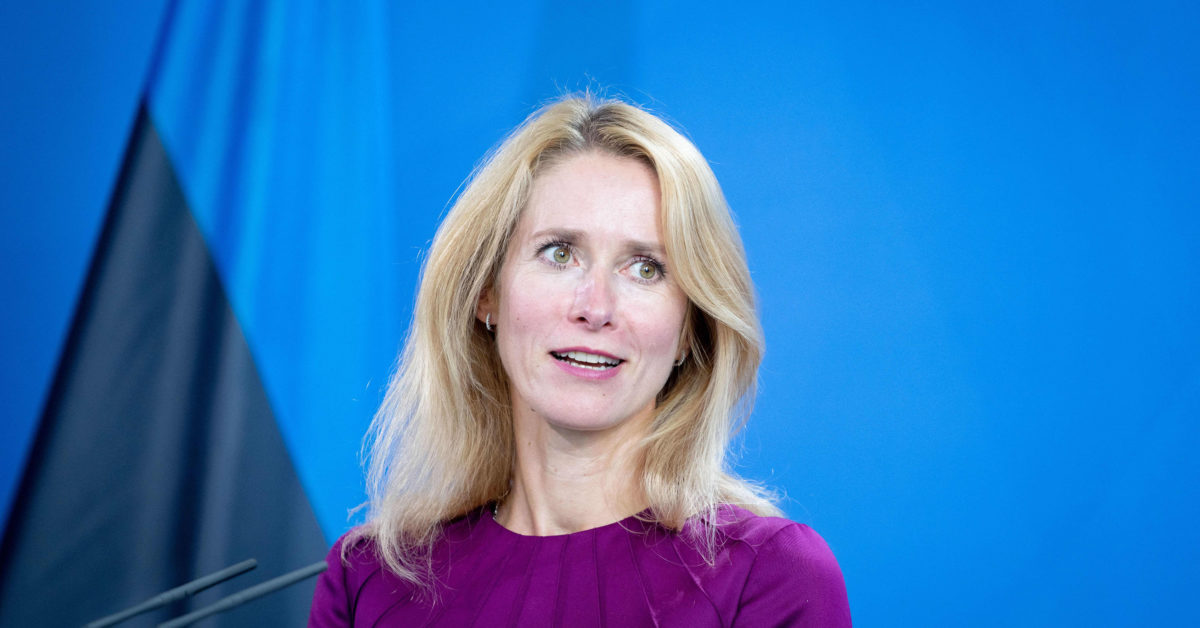 „We have many initiatives that actually tackle the same issue,“ Kallas told POLITICO in an interview, singling out the Blue Dot Network initiative by the U.S., Australia and Japan, and the Three Seas Initiative that covers Eastern Europe and has the support of the EU and U.S.

„We need to connect them all … This is what I feel is lacking,“ Kallas said.

The Estonian government is hosting the Tallinn Digital Summit next week, gathering officials from Europe, the U.S. and other countries to discuss how to align foreign investment programs to promote „trusted connectivity“ and secure networks.

The Chinese government has spent years promoting the BRI to increase trade and strengthen political ties with countries in Asia, Africa and Europe.

China has „a very clear idea“ on how to promote the projecy, Kallas said — something she said Western allies still lack.

One thing getting in the way of a grand European program to support infrastructure abroad is that the Continent itself has regions that need investment first, Kallas said: „There is this 50-year gap in investment, also in Europe,“ she said, pointing to the former Soviet bloc, the part that „was behind the Iron Curtain.“

„The priority is still in Europe … because if there is a gap in investment, then some other countries are buying up this infrastructure. That’s already happening in Africa,“ she said.

The Chinese government pledged at the end of August to ramp up efforts to develop digital services in Africa, unveiling a strategy to partner with African governments. The plan would put Beijing directly in competition with European and Western capitals.

According to Kallas, „China is offering to do this, but in exchange they also have a control over this infrastructure,“ she said, adding Europe and „like-minded“ countries should look into offering similar funding „so that, you know, the control doesn’t slip away.“

European governments are in the process of passing laws to decrease, phase out or ban Chinese equipment from 5G telecoms networks.

The debate, triggered by the dominance of China’s tech giant Huawei, was a wake-up call for Western officials about Chinese influence in strategic sectors across the bloc.

Kallas said the West’s support programs should include assessments of how to trust investments into infrastructure and what technology goes into the networks to make sure „you can trust the digital element.“

She said the debate on telecoms security is now expanding to include other areas, like transport. Countries were assessing „what kind of tools we need to have in order to protect ourselves“ and what’s needed „to trust our data with these technologies,“ she said.